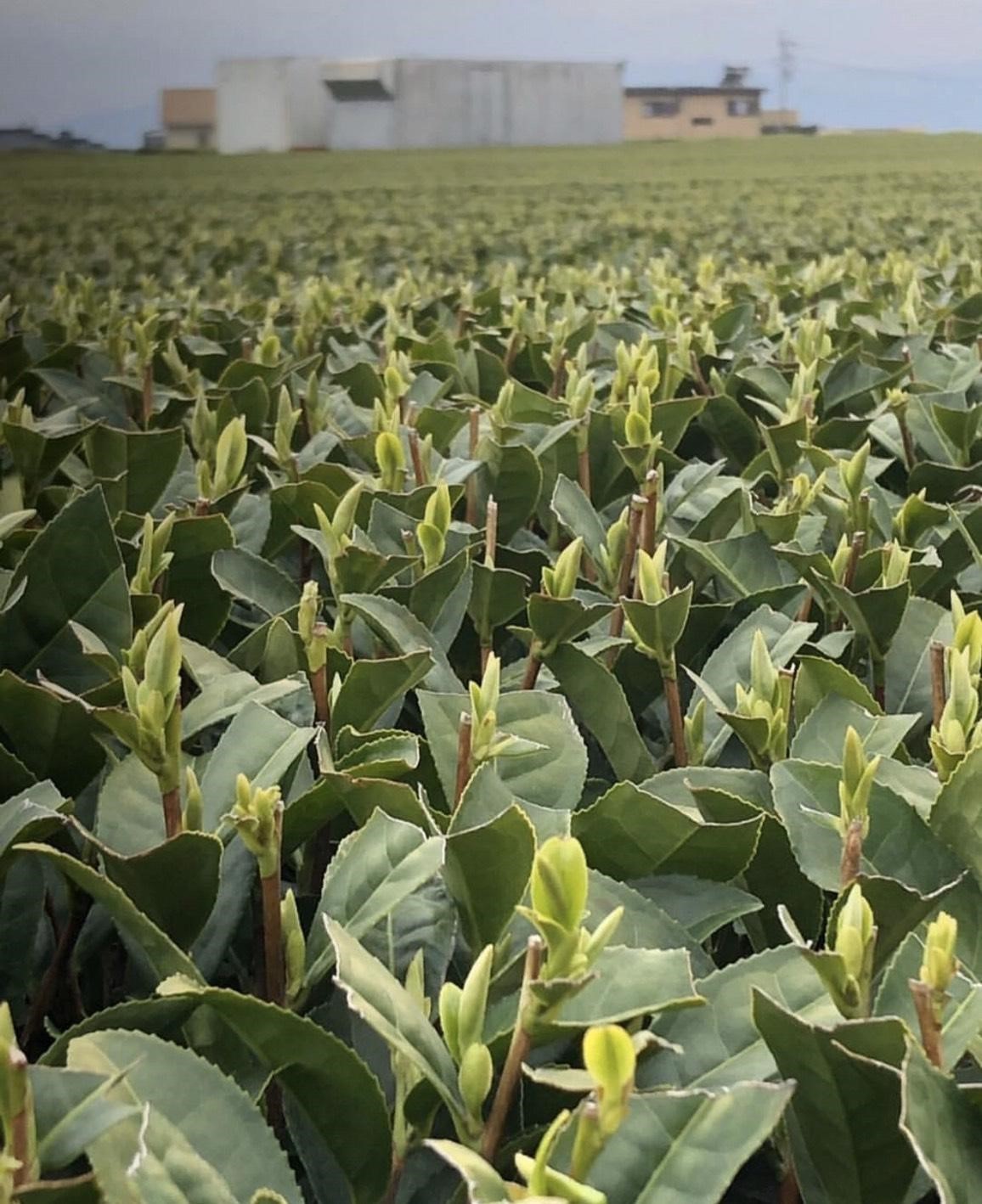 First flush is just around the corner. 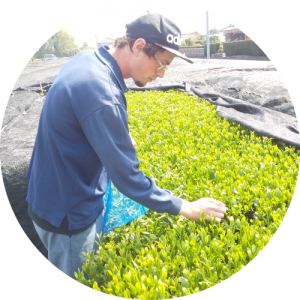 Kyle moved from Seattle, WA to Japan in 2007. He is an avid tea aficionado. In his free time he enjoys playing football, gardening, reading and volunteering by teaching English to elementary school students in our Teanery. He is also studying for the Nihoncha Tea Instructor Association Certification. 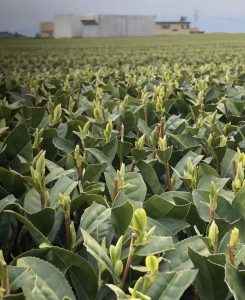 The first flush of 2020 is just around the corner! In some select fields here in the Osumi peninsula in Kagoshima are starting to sprout their new leaves! And in the same way a wave rushes to shore, one by one heading North, the tea fields across Japan will start sprouting new tea leaves. Now we have to play the waiting game

The first flush is called “Shincha” in Japanese. Shin(新) means new and Cha(茶) means tea. It translates as “First tea of the season.” You may also see it called “ichibancha” as well. While our shincha is first flush sencha, there is also gyokuro shincha as well.

Shincha is highly prized for several reasons. It has low astringency and bitterness, while providing a sweet and umami flavor profile. The reason for this is that while dormant in the winter months, the plants store nutrients such as amino acids, and when the new leaves bud, a higher level of these nutrients are released than any other time of the year. In fact, shincha has 3 times more L-theanine than the second flush which is the source of sweetness in green tea. Shincha’s catechins contents are also relatively low.

The first flush is followed by a second, third and sometimes forth flush. Each subsequent flush has an increasing level of bitterness, and their own unique flavors. Due to the weather here in Kagoshima, we have a large variety of cultivars and harvest our first flushes from early April through late May. The further north you go, the harvest dates are different. For example, in Shizuoka it’s mid-April through mid-May. In Nara is May through June.

The first flush season is such a beautiful time in Japan. Spring flowers are in bloom. Cherry blossoms are also in bloom. And the new green tea leaves are transforming the dormant, deep green tea fields into bright, vibrant green fields. It is very beautiful, and a great time to visit Japan. 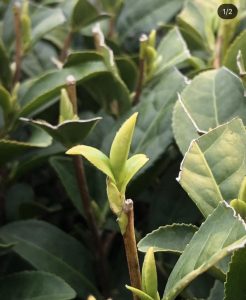 With these new leaves sprouting we are getting very excited. The tea in the picture above will be ready to harvest in 25-30 days. But we have other fields that will be ready even sooner! It will be a busy April, getting all the fields harvested and ready to sell, but it is also very fun. We will keep you updated throughout the harvest seasons, and look forward to sharing our green tea stories with you all. Shincha sells out very quickly. If you would like some you can always pre-order by contacting us using our contact form or emailing our English speaking sales associate at raphael.dore@wakohen.co.jp

As of Nov. 2nd, we are seeing EXTREME delays to USA, Canada, and Australia customers that choose the free shipping method. Dismiss